Year 4 have had a fantastic half term studying the topic ‘Traders and Raiders!’ In this topic, we have learnt about the struggle for power in England between the Anglo-Saxons and the Vikings. We have created our own Viking shields and written a non-chronological report about some famous battles in that time period.

During this half term, we have covered some exciting writing genres such as diary entries and also our own narrative. These have both been based on what we have read so far in our thrilling book, ‘The Miraculous Journey of Edward Tulane.’

In mathematics, we have been learning all about place value of numbers and this has helped us to round numbers to the nearest 10, 100 and 1,000.

In our science lessons, we have been learning about electricity. We have created our own circuits and have named the different parts of one.

Our creative curriculum has been based on an American Road trip, where we have learnt all about the states of America and looked at a Native American tribe called the Iroquois in great detail. Within this topic, we have listened to a Native American music and also designed our own totem poles.

In Maths, we have looked at a range of different statistics and interpreted data from them, as well as plotting our own. We have also used money to deepen our understanding of the relationship between pounds and pence.

During literacy, we wrote a recount of the Battle of Hastings, where the children had the opportunity to re-enact the Battle! We also wrote a play script which was based on the famous novel, James and the Giant Peach.

We have continued to love learning about Traders and Raiders, and we created our own Viking long boat! In addition to this, we have learnt about some key figures from that point of history.

This term, we have worked extremely hard on fraction problems such as equivalent fractions and finding fractions of amounts. In literacy we have covered a lot of non-fiction texts. For instance, we wrote a biography on Roald Dahl, some instructions on how to make a potion, and also a non-chronological report on solids, liquids and gases so aliens could learn more about our planet! In topic we created our own potion bottles out of clay and also investigated numerous properties of materials through science experiments. 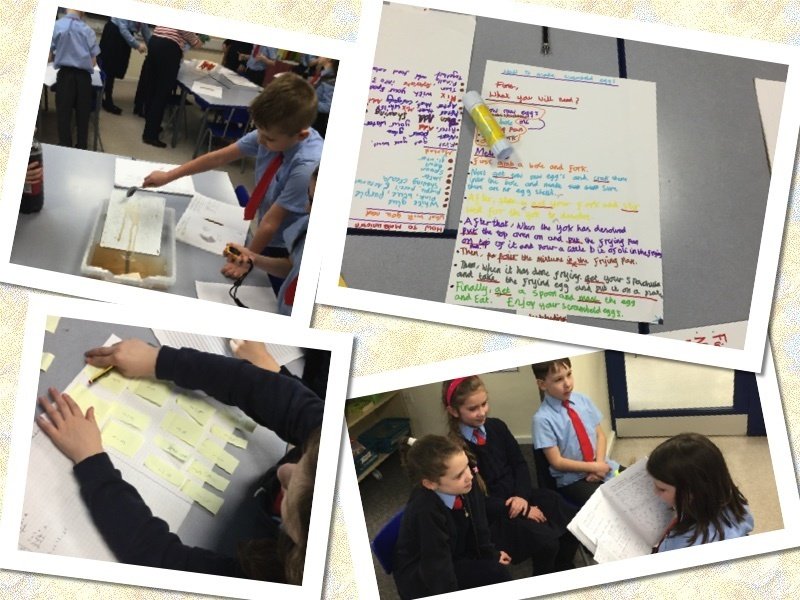